Gene Therapy Considerations and Challenges in an Evolving 2020 Market

Two decades ago, as gene therapy was emerging as the next great frontier in modern medicine, the field was forced to reckon with tragedy: the death of Jesse Gelsinger as a direct result of a gene therapy treatment he was given. For Jesse, the novel therapy showed promise of a chance at a new life—one free from ornithine transcarbamylase
deficiency (OTCD), a genetic disease that had plagued him his entire life. Sadly, the treatment Jesse was given led to his death, shaking up the world of gene therapy.

In a particularly emotional recount of her experience parenting children with genetic diseases, one mother, Parvathy, shared a heartbreaking story during the Syneos
Health® Rare Disease Day Symposium: “We had it all figured out,” she said. “We were helicopter parents, ready to plot our babies’ lives through college and beyond. And then the scenic highway that was our life turned into a car crash from which we are still recovering.”

Mothers like Parvathy, who have children with rare genetic diseases, carry unique medical, psychosocial and economic burdens unfamiliar to many. Diagnosis patterns for children with rare diseases are troubling, with approximately 50 percent of rare diseases affecting children, 30 percent of whom will not reach their fifth birthday. A correct diagnosis takes an average of five years, with a 40 percent error rate. What options do these patients and their parents have for treating these rare conditions?

Potentially curative therapies such as gene therapy are relatively rare among pharmaceuticals, but can possibly enable patients to live functional lives, free caregivers to do the same, lessen the economic burden of care and decrease the strain on healthcare systems. Additionally, gene therapy is applicable far beyond just rare diseases, and gene therapies are being developed for indications affecting larger numbers of patients, including cancer, ophthalmological conditions, CNS disorders including Alzheimer’s and Parkinson’s, and many more.

Gene therapy as a field has greatly advanced since Jesse received his treatment, with seven approved gene therapies available in the U.S. or EU market as of July 2020 and hundreds more in development (Figure 1). Concurrently, the lessons learned from Jesse’s death have led to increased and stricter regulations on gene therapy safety and efficacy. 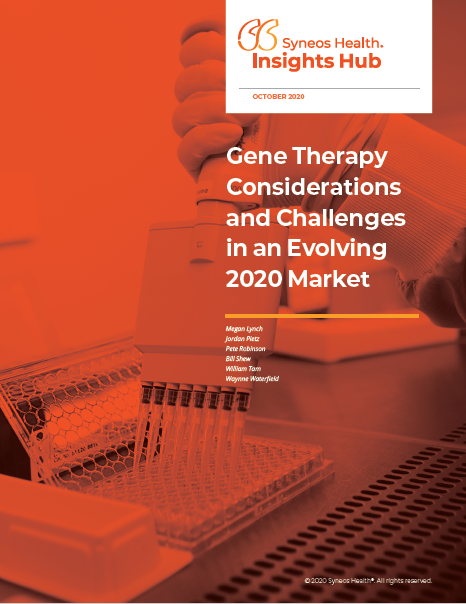 AnswersOn Series
June 17, 2021
Retina Anti-VEGF Biosimilars: How to Prepare for the Coming Wave
May 4, 2021
Challenges and Opportunities in Epilepsy Clinical Trials
May 4, 2021